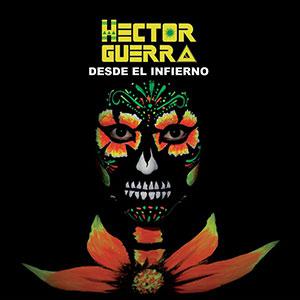 Spanish-Bolivian Hector Guerra entered the music business when as a 19-year-old he was invited by DJ Lord (Prophets Of Rage) to open for hip-hop legend Public Enemy. In 2006 Hector founded Pachamama Crew, at first just a bunch of musicians from Spain, Latin America and the Caribbean, busking in Madrid's metro stations. However, thanks to the sale of thousands of demos, soon the project started gaining momentum, eventually even earning them a record deal with Warner Music, resulting in 'Lagrimas', the band's 2011 long player debut. After the dissolution of Pachamama Crew, Guerra moved to Mexico where he started working on a solo musical trilogy.