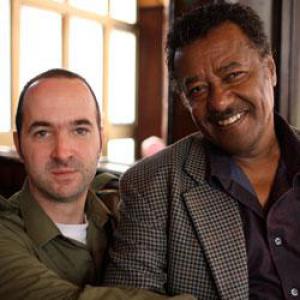 Alemayehu, your musical career started at a time when it wasn't fashionable yet in Ethiopia to become a performing artist. Do you remember when the music bug first bit you?
Alemayehu Eshete: "That must have been around 1963, the age of rock-'n-roll with artists like Elvis, Bill Hailey, Little Richard and so on. I skipped school on a regular basis to go to the cinema to see the movies that featured these stars. Before that, I was already singing religious music at school, though. Almost overnight I decided to quit school and become a singer and I've been performing for nearly 45 years now."

Has much changed over the years in the Ethiopian music scene?
Alemayehu Eshete: "Definitely, when I was starting out as a singer there were only very few other performers around in Addis. The most popular artist of that era was without a doubt the late Tilahun Gesesse, who passed away in 2009. I think I can say he was my role model and in the beginning of my career I really tried to copy his style. He sung in Amharic, not in English, so that's what I did as well."

The first band you joined as a singer was the Police Orchestra. I guess in that era you had no other choice then to join one of these official orchestras?
Alemayehu Eshete: "That's absolutely right. I joined the Police Orchestra, but you also had the Imperial Bodyguard Orchestra, the Army Band and the band that played at the Hager Fikir or National Theater. These bands were very popular in that era and they were also responsible for modernising Ethiopian popular music. I was the lead singer with the Police Orchestra, Mahmoud Ahmed was with the Imperial Bodyguard Orchestra and Tamrat Molla was with the Army Band and between us there was a kind of healthy competition going on and that forced us to really give it our best."

Ethiopian popular music knew a real boom at the end of the nineteen sixties and the beginning of the nineteen seventies, but then the communist Derg took power and everything came to an abrupt end.
Alemayehu Eshete: "Under the Derg regime we were not allowed to perform certain songs and often we were forced to sing patriotic songs in support of the revolution. Because of this, a lot of Ethiopian artists left the country, but personally I decided to stay. I had a wife and kids, so leaving Ethiopia was no easy option for me. It was a depressing time, because we were unable to exploit our talents to the fullest. Luckily, things have changed for the better again under the new democratic regime and, as a result of that, Ethiopian music is now growing in popularity worldwide."

A series that has been instrumental in the popularisation of Ethiopian music is Ethiopiques.
Alemayehu Eshete: "Yes, Francis (Falceto, red.) has done a lot of great things for Ethiopian music, but he's done great for himself as well! (laughs) No, seriously though, I truly respect him for the work he has done."

You're nicknamed "The Ethiopian Elvis". Is that a name you've worn with pride over the years?
Alemayehu Eshete: "Not really, no. People started to call me "Alemayehu Elvis", because I was singing in the rock-'n-roll style at the beginning of my career, covering Elvis and growing my hair long like his. We're many years later now and my singing style has evolved a lot, so I prefer if people just call me by my real name Alemayehu Eshete."

There is one song that seems to have been covered by nearly every Ethiopian artist out there and that's of course 'Tizita' (Tizita or Tezeta, meaning "nostalgia" or "longing" in Amharic, is a type of song in Ethiopian and Eritrean music. The term itself may serve as the name of a ballad performed in this style, or it can refer to the musical mode used in such songs. Western sources often compare tizita to the blues, red.). What is it about that song that makes it so special for Ethiopians?
Alemayehu Eshete: "Well, for starters, no one really knows who the original composer of that song was. It's estimated that this song is more than two centuries old and for Ethiopians it's of great sentimental value. You will have a very hard time to find an Ethiopian who doesn't love that song!"