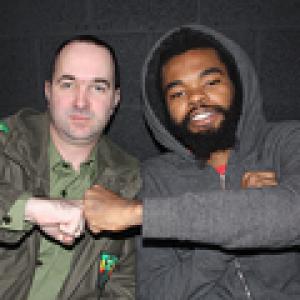 Dre, apparently it was your grandmother who convinced your father to let you pursue a career as a musician.
Dre Island: "I remember I was three years old when my father asked what I wanted to do when I grew up and even at that tender age I already replied: "Piano!". My father was very hesitant to allow me to pursue my love for music, but my grandmother, already envisioning me accompanying her choir at church, pushed him into giving the idea a chance. I started taking piano lessons soon after; at first just as an after-school thing, but when I started attending Calabar (Calabar High School is a prominent all-male, secondary school in Kingston, Jamaica. It was established by the Jamaica Baptist Union in 1912 for the children of Baptist ministers and the children of the poor blacks and was named after the former slave port Calabar, now in Nigeria. Today, it is considered one of the finest schools in the country, with notable alumni being, among others Ken Boothe, John Holt, Baby Cham and Vybz Kartel, red.) I started taking things more serious."

You just mentioned that, like many Jamaican entertainers before you, you also started playing music and singing in church. How did your parents react when you started dreading up, affiliating yourself with Rastafari?
Dre Island: "I'm a ghetto youth and when you grow up in the ghetto in Jamaica it's like growing up in a big tenement yard where you're confronted with many different lifestyles and convictions. I had a couple of uncles who were Rastafarians, so I was already instilled with these values from a very young age. Even though I was raised by my grandmother who was a deeply Christian woman, when I finally decided Rastafari was the path I wanted to walk, nobody in my immediate family really frowned upon me. As a kid I was a bit of an explorer and never wanted to stay indoors, so I guess you could say I was already rebelling from a young age. Luckily I've always been my grandmother’s favorite and she always made a lot more allowances for me than for her other grandkids. From the age of eleven or twelve I would already sneak out of the house to go see a stage show. She still tries her best to get me to come with her to church, but she's never told me off for being Rasta though."

You just described yourself as a young explorer, so being able to travel the world as a performer must be a dream come true for you?
Dre Island: "I always dreamed of exploring the world, but I would never have guessed it would happen through music. There was a period in my life where I'd rather hang out with my friends than attend another piano class, but thankfully my grandmother made me persevere. Getting to know other cultures and fascinating places around the world is my greatest passion in life and thanks to Jah works and my music I'm now able to make that passion a reality. If someone had told me five years ago I would be doing this today, I would have called him a joker! (laughs)"

Your birth name is Andre Johnson, but how did you come by the Island suffix?
Dre Island: "A brethren of mine just started calling me like that at one point. There certainly was no musical connotation to it at the time and to be honest at the time I didn't really like it, but I researched the term and discovered that apart from the meaning we all know, a mass of land surrounded by water, but another definition is "an isolated place where you go to find yourself" and in that perspective it became a spiritual term to I&I: the place where Dre goes to be alone with Jah."

You're part of a whole new generation of Jamaican artists. How important is it for you still to be able to turn out you music in some kind of physical form instead of just digitally?
Dre Island: "Still quite important, you know. Vinyl is definitely making a resurgence, so you can't really ignore that market. At the end of the day as an artist you're trying to spread a message and it boils down to doing that as effectively as possible; sometimes that means sharing a song as a free download - because you have to realize not everyone has the resources to buy albums - but other times I prefer my work to have a more lasting impression and in that respect a CD or a vinyl album is surely the better choice."