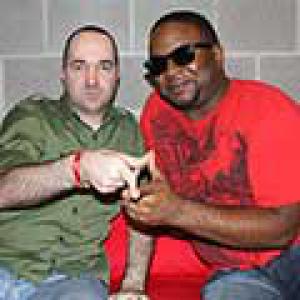 Lukes, your sister Una informed me that the reason you cut your dreads was because of problems with your neck and back. Are you on the mend now?
Lukes Morgan: "Well, it's on and off to be honest. I suffered a disc hernia with a pinched nerve as a consequence. I was given the choice between surgery or going to a chiropractor for therapy. We've been singing: "Don't haffi dread to be rasta!" for years now, so I'm not too bothered."

That being said, was it an easy decision to cut your locks?
Lukes Morgan: "I wouldn't say it was an easy decision, no. I had been growing my locks from ever since I was a baby, so they definitely had become a part of me. In the end it's not about what's on the outside that counts though and I can always grow them back once my condition improves."

Apart of being a guitarist, you also act as a manager for Morgan Heritage and a few years back you started your own company, Prestige Artist Entertainment. What led you to starting that company?
Lukes Morgan: "The business side of the music industry always fascinated me. Prestige Artist Company is a booking company. We've already done bookings for Bunny Wailer for example and we've just started working with Tarrus Riley. At the moment it's still quite modest in size but we keep on growing."

Are you limiting yourself to reggae and dancehall acts or are you also looking beyond the confines of these genres?
Lukes Morgan: "There's more to music than reggae and dancehall, so it would be stupid to disregard that. Of course reggae is where my heart is, so I will always give that priority."

I just mentioned you’re the guitarist in Morgan Heritage. When did you first pick up that instrument?
Lukes Morgan: "I've been playing the guitar from when my instrument was still taller than me! (laughs) I have to give thanks to our father, Denroy Morgan, for giving us the room to discover and nurture our talents."

Are you one of those musicians who stick to a certain brand of instruments?
Lukes Morgan: "The brand doesn't matter that much to me to be honest; with me it's more about the sound of the instrument. With my neck and back problem I am now forced to use a lighter model though."

Before the big reunion of Morgan Heritage all of your siblings were pursuing solo projects, with you being the odd one out so to speak. Didn't you ever contemplate doing a kind of Ernest Ranglin type guitar album or something like that?
Lukes Morgan: "(laughs) It's funny you say that, as Gramps has been pushing me to do something like that, but I looked at starting the Prestige Artist Company as my solo project and I put all my time and energy in getting the company off the ground."

You were all raised in the US, but have been living in Jamaica for a while now…
Lukes Morgan: "We moved back to Jamaica in 1997, but we've been traveling back and forth between New York and Saint Thomas ever since. Jamaica is definitely our home though; it's the place we go back to to recharge ourselves."

Morgan Heritage is made up of five siblings, but whenever you guys are on tour you also bring a number of qualified musicians with you. How exactly does that work? Have you guys been playing with the same guys for years now or is it a different line-up each time?
Lukes Morgan: "We definitely don't change musicians often. Most of them stick with us for several years, often making a lot of personal sacrifices along the way to do so. We really handpick the people we want to work with. It's not just about their skill but also about the chemistry between us and them. I guess you could say we're quite picky in choosing the people we want to work with and that's also one of the reasons we tend not to change musicians all that often."

When all is said and done, what would you like Morgan Heritage to be remembered for?
Lukes Morgan: "I hope people will remember us for the positive energy we bring to the stage when we perform and for the lyrics we stand for. We don't push our beliefs on people, but try to open their mind so that they can find the truth for themselves. Our truth is not necessarily your truth, but it's all about being conscious, an awakening of the mind. Our dream is to see this music continue on, and with now even American and European reggae artist becoming commonplace, that's definitely manifesting. Reggae music is not just for Jamaicans or black people, it's music for the entire world! Morgan Heritage is not just about spreading the heritage of the Morgan family, but about the heritage of reggae music in general."