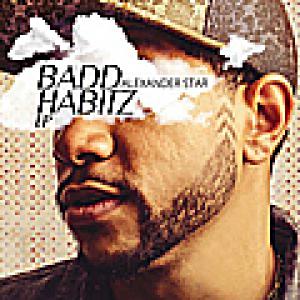 Three times a three track EP from three different continents, more we do not need to prove that reggae has become a global phenomenon.

For his 'Badd Habitz' EP Alexander Star - according to his Facebook page: born in Allentown, Pennsylvania, grew up in Martin, Tennessee, accomplished in Greensboro, North Carolina and has grown up in sunny Florida - joined forces with producer Nicko Rebel. In each of the tracks Star tackles some of the vices (alcohol and drugs) we almost all fall prey to at one point or the other. Opener 'Sippin' On Rum', a duet with Jamaican singer Toi, somewhat reminded us of Lily Allen or The Skints, but the most infectious song of the three is without any doubt 'Designated Driva', for which Star enlisted the help of Voicemail and Shaka Pow.

Mat McHugh hails from Sydney in Australia where he makes music under the motto: no hype, no fashion, no logo, no corporation, no war, no hate, no lies, no flies, no greed, no spies. Opener 'More Money' is about the negative impact money has on mankind. Music lovers will probably still remember 'Guns Of Brixton/Dub Be Good 2 Me' from The Clash, to which McHugh adds excerpts of the later hit by Beats International ('Dub Be Good To Me'). He does the same thing for 'Music/Over And Over (Ring The Alarm)' that ends with excerpts of Tenor Saw's 'Golden Hen' and 'Ring The Alarm'.

London based band The Skints apparently have to deal with money problems of their own, because what the title of their new EP, 'Short Change' (the first release on their own Penny Drop Recordings label), already hints at, becomes clear in 'The Cost Of Living Is Killing Me': "In this free country, where nothing is free, the cost of living is killing me!", a song for which the band state to have been influenced by the sound of Jah Shaka.