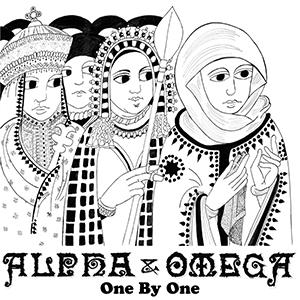 Last year there was 'No Beginning No End', a collaboration with Irish-Surinamese MC Ras Tinny, now followed by 'One By One'. For this new album - five vocal cuts and five dubs - the UK dub pioneers joined forces with vocalists Prince David, MC with Venetian Moa Anbessa, Brummie Jane Warriah, whom we still remembered from her contribution on Dub Dynasty's 'Holy Cow' album, and here performing the aptly titled 'Walk Like A Warriah' (our favorite track on 'One By One'), for some French flair there are Mahakwe Wadike aka Nai-Jah and Philippe Ametowanou aka Joe Pilgrim both based in Lyon, and of course Ras Tinny also signed present again (still not our favorite MC, but on 'One By One' responsible for the infectious 'Love Rastafari'). Rock-solid production fans of duo Sprosen and Woodbridge will certainly appreciate.