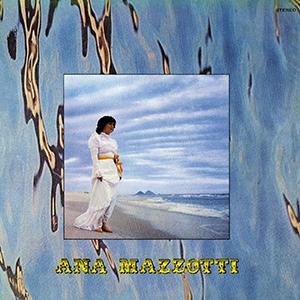 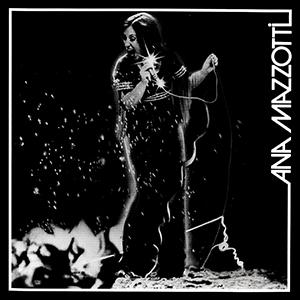 The latest release on the Far Out Recordings label is this time entirely dedicated to the oeuvre of the somewhat forgotten Brazilian singer-songwriter Ana Mazzotti. More specifically: 1974's 'Niguem Vai Me Sugurar', and the untitled 'Ana Mazzotti' which was released three years later. Even though the singer from Caxias do Sul in the state of Rio Grande do Sul was once described as a "super musician" by Brazilian virtuoso Hermeto Pascoal, her two albums full of delicious samba-jazz, psychedelic funk and trippy bossa nova, were actually ever only known to a select audience of hardcore Brazilian funk lovers. The fatal combination of a lack of financial resources, prejudices she faced as a female singer-songwriter, and finally her untimely death after losing the battle against cancer at the age of thirty-seven, would unfortunately prevent Mazzotti from gaining the star status she deserved. Before making her solo debut in 1974, Mazzotti was already active in a Beatles cover band, the eight-piece psychedelic rock formation Desenvolvemento, until she moved to São Paulo, where she met her future husband, drummer Romildo Santos. For 'Ninguem Vai Me Segurar' Mazzotti joined forces with Azymuth keyboardist Jose Roberto Bertrami, Azymuth bassist Alex Malheiros, percussionist Ariovaldo Contestini and of course her husband Romildo Santos on drums. Sadly though, the album was only distributed on a limited scale and became a commercial flop. Ana, however, was not prepared to throw in the towel immediately and rerecorded the entire album in 1977. Apart from a new cover photo, 'Ana Mazzotti' was also given a new track list, because where the original album still contained the Roberta Flack cover 'Feel Like Making Love', on 'Ana Mazzotti' that song was replaced with the carnivalesque 'Eta, Samba Bom'. An extra bonus on 'Ana Mazzotti' is the addition of wonderful horn arrangements and more intimate vocals, which gave the album a much jazzier bossa nova vibe. Far Out Recordings now re-releases both albums simultaneously, thus providing a worthy tribute to the Brazilian musical gem that was Ana Mazzotti!