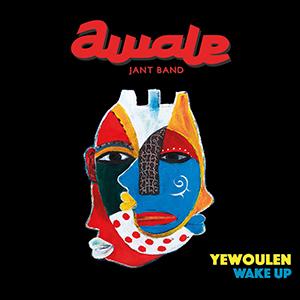 'Yewoulen' is the long-player debut of Awale Jant Band, a formation composed of Awalé, the band of London-based French producer and guitarist Thibaut Remy, and the Jant Band of the Senegalese son of a gawlo (the North-Senegalese equivalent of a griot or djeli), singer-songwriter Biram Seck (in Wolof, awale means "let it pass" and jant, "sun", so together it becomes something like "let the sun shine down on us"). Add to that the sabar percussion of Kaw Secka (Fofoulah) and Senegalese percussionist Medoune Ndiaye (who has been on stage with greats like Thione Seck and Youssou N'Dour) and jazz improvisations by saxophonist John Martin (Metamorphic, Dr Das Dubnoiz Coalition, the side project of Asian Dub Foundation founder and bassist Dr Das) and trumpeter Lawrence Wilkins (Zeñel), and you end up with a highly catchy album the one moment ('Kassak', 'Jeunesse') catapulting you back to the heydays of the Senegalese mbalax of Youssou N'Dour or Baaba Maal, the next sounding reminiscent of the Cuban influences in the sound of Orchestra Baobab ('Cubalkafro', 'Amandine'), and in a song like 'Just Be Free' going American funk. In Wolof 'Yewoulen' means "wake up", and the title track is meant as a wakeup call urging the listener to urgently start focusing on what unites us instead of always emphasizing our differences; a message that can not only be heard in closing track 'Yewoulen', but also in songs like 'Domi Adama' and 'Just Be Free', and as Biram himself puts it: "I love music because it is a means of communicating ideas to broaden minds and build an integrated world... a world of peace!". A personal not is added in songs like the jazzy 'Jules', written by Thibaut and dedicated to Julien Thomasset, a good friend who lost the battle against cancer in 2016, but also was a painter and still provided the cover image for 'Just Have To Go' (Awalé's 2012 debut album), and the festive 'Amandine' (with a striking supporting role for Gareth Lockrane's flute), which he wrote for his daughter. A bit less obvious is 'Kassak', in which Biram praises the traditional circumcision ceremony as a traditional rite of passage allowing boys to become men. Finally, the cover illustration used for 'Yewoulen' was done by Cameroonian artist Jacob Diboum. Excellent album by a band we'll certainly be keeping an eye on!