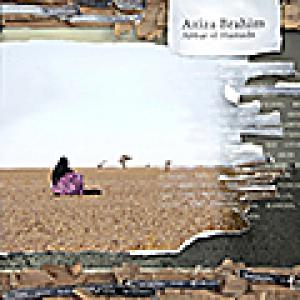 When asked to describe her music, singer Aziza Brahim Sahrawi replied: "I'm not able to separate politics, cultural and personal concerns. So, the focus of my music is on all of these areas at the same time." With the term "hamada" the Sahrawi people describe the inhospitable rocky desert landscape near the Algerian-Moroccan border, where thousands of Sahrawi have been stuck for decades in refugee camps that have grown into small towns and villages. In 'Los Muros' Aziza of course refers to the sand wall the Moroccans erected in the nineteen eighties as a defense against the troops of the independence movement Polisario, but the song also alludes to the walls now once again hastily being erected to keep others out. With the Afro-Cuban vibes of 'La Cordillera Negra', Brahim suddenly goes Senegalese; a song that in our opinion is crying out for a reworking with the gentlemen of Orchestra Baobab in the studio. For 'Mani' Aziza did invite a guest into the studio and with his distinctive guitar style, Samba Touré definitely put his mark on this song. Absolute must for amateur of desert blues.