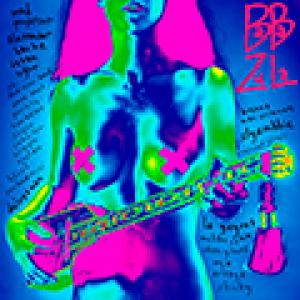 Those among you, who believe the Erdogan regime in Turkey really screens and censors everything, should urgently check out the oeuvre of BaBa ZuLa. With 'XX' (which can be read as the Roman numeral twenty, but in combination with the suggestive cover photo is of course also a nod to X-rated movies) the Turkish band, who for their psychedelic sound drew inspiration from Turkish folk rock pioneers Moğollar (Turkish for "Mongols" and also called the founders of Anatolian rock), celebrate their twentieth anniversary. However 'XX', isn't a 'Best Of' compilation in the strictest sense of the word. Osman Murat Ertel, together with Levent Akman, the founder of the band, summarizes as follows: "We wanted to have a compilation that was a little different. None of the pieces here are in their original form. Instead, we picked remixes, re-recordings, collaborations, live tracks, all the possibilities, but none of these have been released before. And it's a mix of recording techniques, digital, analogue, tape, mp3.". The song that immediately gained the band national fame was 'Biz Size Aşik Olduk' (roughly translated "we fell in love with you"), used for a television series of the same name and also included in the track list of 'XX'. Finally 'XX' ended up a double album, with the second disc containing dub versions of the songs on the first CD, for which BaBa ZuLa called on artists like Mad Professor, Asian Dub Foundation's Dr. Das and Dirtmusic. Absolute must for those willing to get to know another side of Turkey.