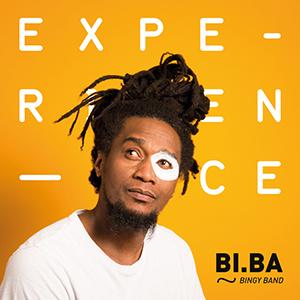 Four years after the release of the highly praised 'Massavana', Franco-Madagascan formation Bi.Ba returns with 'Experience', an album for which they collaborated with Bratislava based French label Batelier Records. For predecessor 'Massavana', Spanish producer Roberto Sanchez was still behind the buttons, and on 'Experience' he also makes an appearance with a vocal contribution in opener 'Father'. Other guests are Danakil-front man Balik, who can be heard in 'Pyromaniac', and Jamaican veteran Winston McAnuff, who, together with Bi.Ba-front man Benjamin 'Kazy' Casimir, in these PANdemIC times gives us some encouragement with 'You've Got To Believe'. Just like on 'Massavana', on 'Experience' Kazy also alternates between English, French and Malagasy, and it is in 'Azafady' and 'Vinany', the two songs in his native tongue, the singer returns to his Madagascan roots. 'Azafady' can be translated as "Excuse me!", and in the song Casimir denounces the still palpable after-effects of colonization and the pseudo independence of his country, while 'Vinany' or "the soul" is a critique addressed to his compatriots who, while Madagascar is burning, are wasting time looking for the instigator instead of trying to put out the fire as soon as possible. Yet again, very convincing work by this excellent French-Malagasy band!