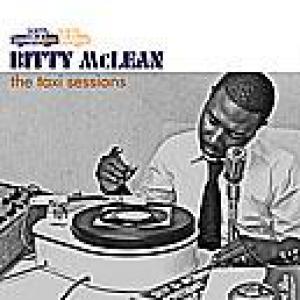 Bitty McLean is gradually becoming an anomaly in contemporary reggae, releasing one magnificent album after the other, but for one reason or another he never really made it into the mainstream. Surely the select club of reggae connoisseurs won't mind, but we believe Bitty's music deserves a broader audience. For 'The Taxi Sessions', he once again joined forces with Riddim tandem deluxe, Sly & Robbie following their earlier collaboration for 2009's 'Moving On'. Tracks definitely worth checking are 'It's Running Over', a roots tune over the Late Night Blues riddim, or 'In And Out Of Love/Taxi To Paris', a lovers rock song turning into a great sax instrumental (also featured on Stepper's 'Sly & Robbie present Stepper Takes The Taxi'). The advisable thing to do would be putting this album on repeat to enjoy the taxi ride over and over again. An album full of instant classics, yearning for a spot in our coveted 2013 reggae top three!