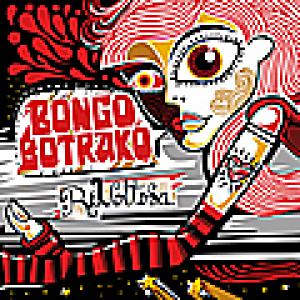 With their third long player Tarragona based band Bongo Botrako wins the prize for album cover of the year: the cardboard box containing the CD, folds open to form a single impressive elongated graffiti artwork by the hand of Cuban illustrator Robertiko Ramos. Amaparo Sanchez seems nostalgic for her mestizo-days as she not only produced 'Revoltosa', but also lent her voice to several tracks. Sanchez is not the only familiar mestizo face that pops up on 'Revoltosa' as members of Canteca De Macao, La Troba Kung-Fu and La Kinky Beat also make an appearance. With 'Punk Parranda', in which an announcement in Dutch recorded at last year's edition of Pole Pole (?) can be heard, 'Revoltosa' even contains a Belgian note.