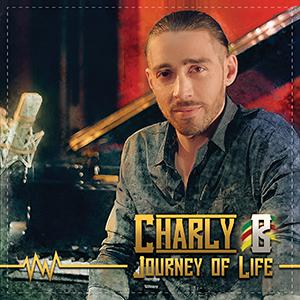 The release of this more than aptly titled 'Journey Of Life' by Jamaican based Frenchman Charles Blanvillain aka Charly B, was preceded by a true annus horribilis for the singer. In the span of a mere three months, the singer lost his father, grandmother and son. One could lose one's mind for less, but with 'Journey Of Life', for which he collaborated with Jamaican collective Tower Music Media Group, Charly proves that music can be a powerful healer. The singer sounds a bit like Alborosie's younger brother, with all due respect. 'Journey Of Life' opens with the befitting 'Welcome' immediately setting the tone show for the rest of the album. Other highlights include 'Ego', a break up tune in which Charly examines his own ego, 'City Lights', about the all blinding light of materialism in which everything is about money and frivolousness, and 'Shoot You Down', an indictment against police violence, but our personal favorite is the catchy lovers tune 'One Phone Call'.