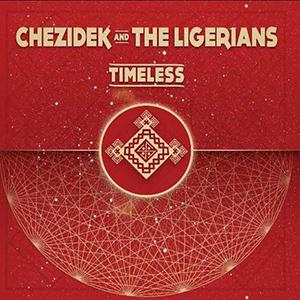 After previous collaborations with, among others, Rod Anton, Nai-Jah and Joe Pilgrim, The Ligerians now joined forces with Chezidek for 'Timeless'. In June 2019 Chezidek for the first time shared the stage with French band The Ligerians for a one-off concert in Le Deux Pièces Cuisine in Blanc-Mesnil, organized by French label Irie Ites. Thant night, the chemistry between the Jamaican singer from Saint Ann's Bay and the band from the French town of Tours was almost tangible, something that didn't escape them either, so they soon decided to cooperate more closely. In the SoulNurse Studio in Tours, The Ligerians introduced Chezidek to some of their compositions and the latter immediately showed his enthusiasm. Soon the idea matured to record an album together and the result is 'Timeless', a nine-song gem. To top it all off, the album was mastered by Lyon based dub master Paul 'Pilah' Kosmik. 'Timeless' managed to draw our attention from the very first bars of opener 'Beat Dem', immediately one of our personal favorites from the track list. Other songs that certainly deserve your attention include the highly catchy 'It's Alright' guaranteed to put you on your dancing feet, title track and love tune 'Timeless', 'No Solutions In Their Life', in which especially Emma Hocquellet's organ parts caught our attention, 'Ready For The Show', slightly lighter in tone and for some reason reminding us of the repertoire of Israel Vibration, and finally 'I Love Jah', a delicious dubby ode to the Most High with the percussion of Bongo Ben in a leading role. For the intimate finale 'It Comes Down To Love', Chezidek and The Ligerians go semi-acoustic nyahbinghi-meets-gospel. Without a doubt both a highlight in the discography of Chezidek and The Ligerians!