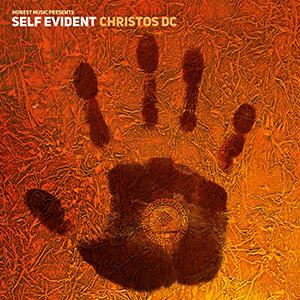 Christos DC is the pseudonym of Christopher Vrenios, the son of two professional Washington D.C. based opera singers (immediately explaining the last part of his stage name). Christopher being of Greek descent, also meant his grandmother affectionately called him Christos ever since he was a toddler. On 'Self Evident', Christos' sixth album to date, mainly introspective roots: "This album was less about a particular theme than it was a means of introspection for me. The songs are quite philosophical in nature, but not so direct in the language. I want people to listen to the lyrics carefully to interpret the meaning". In opener 'Silence' Christos philosophizes about the value of silence, wondering whether deeds don't say much more than words, in 'Better To Be Free' he puts freedom above security, and in closing track 'In Peace' he begs for a little more peace in this world full of conflicts and hotbeds. There are collaborations with Amsterdam based The Skankin' Monks (also featured on Christos' previous album 'Tessera'), São Paulo based Dada Yute (featured in the slightly more up-tempo 'I Reserve The Right', immediately one of our favorites from the track list) and deDUBros, the project of Florence based Italian musicians and producers Federico Cioni and Diego Cossentino ('Be Wise'), and the whole project was mixed by I Grade Records producer Laurent 'Tippy I' Alfred. Apart from the aforementioned 'I Reserve The Right', we also want to highlight 'Upward Looking Down', featuring a delicious outro by horn section Brian Falkowski (saxophone), Joe Brotherton (trumpet) and Paul Hamilton (trombone), and title track 'Self Evident', Christos version over the 2019 World A Reggae riddim produced by Polish K-Jah Sound. Excellent meditative trip with a message!