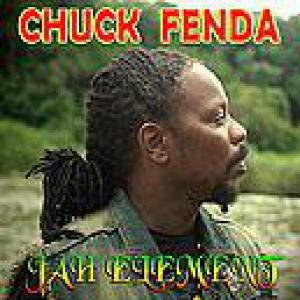 With Chuck Fenda's previous album ('Fullfilment', VP Records, 2009) we weren't all that impressed, but the "poor people defender" takes revenge with 'Jah Element'. On this collaboration with Lloyd 'John John' James, son of Lloyd 'King Jammy' James, Fenda goes at it again in his typical loud and energetic style (for 'Man A Rasta', King Jammy's other son, Trevor 'Baby G' James also lend a hand at the mixing desk). Two songs immediately jump out from the track list: opener 'None Shall Escape', an accelerated reworking of 'None Shall Escape The Judgement', made popular by Johnny Clarke, and 'Badness No Pay', a Leroy Smart classic for which Chuck Fenda got a helping hand from Bounty Killer. Also a must is 'Spiritual Warfare' in which Chuck does his thing in old-school Black Uhuru Waterhouse style accompanied by Junior Reid and with 'Best In The World', a tribute to everything that makes Jamaica so attractive, Fenda will definitely score points in his home country.