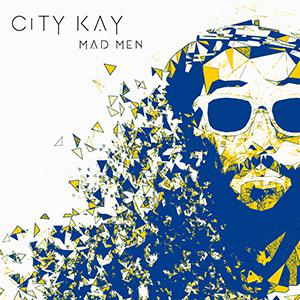 As an appetizer for their upcoming 'Strange Things' album, planned for release in March of next year, six-piece London formation City Kay presents this 4 track 'Mad Men' EP. The foundation of City Kay's sound remains reggae, but the tracks on 'Mad Men' sound a lot more eclectic and experimental than those on predecessor 'Daystar', a mix the band likes to refer to as "abstract roots". Opener 'Mad Men' is closest to traditional roots, but also contains influences from soundtracks of science fiction movies from the nineteen seventies and eighties. 'Man Cultivation Struggle' has a bit of a disco-dance vibe going, and with 'Run For Your Soul' we get hip-hop à la Roots Manuva. When 'Daystar' still featured Cornel Campbell, then for 'Throw Away Your Gun', pop meets rockers, City Kay this time managed to entice veteran Johnny Osbourne. This is certainly not for the purists among you, but we're already looking forward to the release of 'Strange Things'.