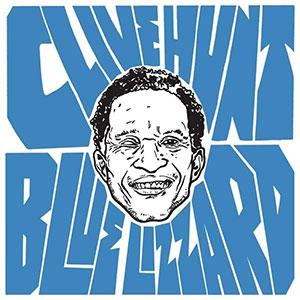 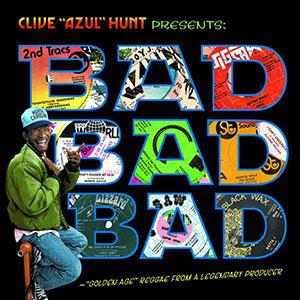 In terms of reggae, 2020 has become a bit of a Clive Hunt year. Earlier this year there was already the 'Note To Self', a co-production wit Jah9, and now VP Records is ending the year with 'Blue Lizzard', a gem of an instrumental album.

For 'Blue Lizzard', a nod to Hunt's two nicknames, Lizzard and Azul (Spanish for "blue"), Hunt didn't just collaborate with the first musicians available, but put together his own Hit Team: veterans from the Jamaican music scene like trumpeter Bobby Ellis, trombonist Nambo Robinson and saxophonist Dean Fraser, keyboardists Robbie Lyn and Franklyn 'Bubbler' Waul, guitarist Wayne Armond and drummers Squidley Cole and Kirk Bennet! The recordings resulted in 10 excellent instrumentals, the one time featuring the trombones of Everald Gayle and Ronald 'Nambo' Robinson ('Temple Of Selassie', 'No Bones'), the other Robbie Lyn's keyboards taking center stage ('Man From Far') and elsewhere still, Lamont 'Monty' Savory's jazzy guitar chords getting all the attention ('Ivan The Terrible', a song loosely based on the riddim of Dennis Brown's 'Want To Be No General') or Dean Fraser's sax in the ambiguously titled 'Sax Talk'.

That being said, it doesn't stop with 'Blue Lizzard', as simultaneously the compilation 'Clive Hunt presents Bab Bad Bad' also appears on sublabel 17 North Parade, containing 18 carefully selected productions from the period 1973 to 1976, most of which only available on rare 7inch singles until now. The compilation opens with The Abyssinians' 'Tenayistillin Wandimae', a track yours truly, to his own embarrassment, only now discovered, but with a rightful place in every self-respecting reggae collection. Equally great gems are Sylford Walker's 'I Can't Understand', a highlight in the man's catalog, 'I Can' Change My Skin', by a certain Bonnie Gayle, which actually turns out to be a pseudonym of Devon Irons, or 'Give Me Your Love', originally by Curtis Mayfield from the soundtrack of 'Superfly' and here in a version by Junior Murvin (immediately followed by 'Flying High', I-Roy's deejay version). Better known are of course tracks like Pablo Moses' 'We Should Be In Angola', Max Romeo's 'Tacko' or 'Milk And Honey', mainly known in Dennis Brown's version, but here performed by The In Crowd (and followed by an instrumental version of the same ridim by Clive Hunt himself, released under his pseudonym Azul). Dennis Brown is featured in the track list with 'Love Light', and in Lizzard's 'Satta I', we even get to heat Clive Hunt's vocal skills. The compilation concludes with 'Untrue Love/Come Inna Dis', the unlikely pairing of Marcia Griffiths and Nigger Kojak.

Excellent new and older work from one of Jamaica's last great producers!