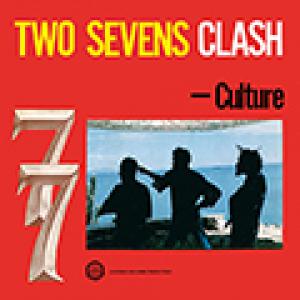 On July 7th of 2017, 'Two Sevens Clash', Culture's masterpiece, described by Rolling Stone Magazine as: "One of the 50 coolest records ever made...", celebrated its 40th anniversary; more than reason enough for 17 North Parade/VP Records to present special reissue. At first glance, this re-release resembles the '30th Anniversary Edition' Shanachie released back in 2007 on the occasion of the album's 30th anniversary, but where Shanachie opted for a single-disc release - the original album supplemented with 5 bonus tracks - 17 North Parade/VP Records compiled an entire bonus-CD. The 12" mixes of 'I'm Not Ashamed', 'Natty Dread Taking Over' and 'See Them A Come', the first two featuring I Roy, the last featuring Prince Weedy, were included on the '30th Anniversary Edition', and the same goes for the dub version of 'I'm Not Ashamed', but the rest of the tracks on the bonus disc are "new". Finally, the liner notes for this reissue were written by Don Letts who's just released a brand new documentary called: 'Two Sevens Clash: Dread Meets Punk Rockers'!