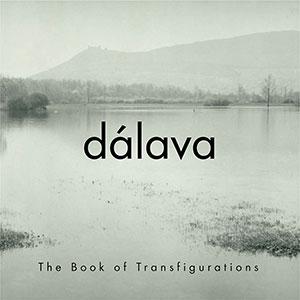 Dálava is a project around American-Czech vocalist Julia Ulehla and her husband, guitarist Aram Bajakian, who, for their repertoire, reinterpret Moravian folk songs that were collected over a century ago by Julia's great-grandfather botanist and ethnomusicologist Vladimir Ulehla. Moravia is a region in Central Europe and, in addition to Bohemia and Czech Silesia, one of the three historical countries of the Czech Republic. The area is named after the river Morava, which crosses Moravia from North to South. On 'The Book Of Transfigurations', the band's second album, Julia and Aram rearrange those old songs, in which transfiguration or metamorphosis forms the red thread, adding their own avant-garde post rock sound, thus propelling them into the twenty-first century. The name of the band is a typical Czech expression that is difficult to translate, but refers to the vanishing line on the horizon, where land and sky hazily merge into one another. For Julia and Aram it seemed an appropriate metaphor to capture this project spanning two continents and blending past and present. If you feel like delving even further into Moravian music history, don't hesitate to purchase this hypnotic and at times ethereally fragile album and read the comprehensive liner notes. Fascinating reading and listening experience.