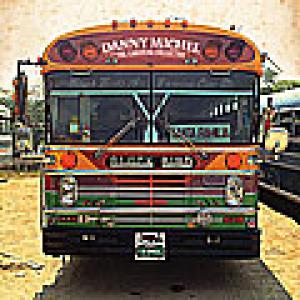 A few weeks ago we presented The Garifuna Collective's new album and Andy Palacio's former backing band already returns for 'Black Birds Are Dancing Over Me', an album they recorded with Canadian singer-songwriter Danny Michel. Michel lost his heart in Belize and visited the Central American country several times. Fascinated by the music of the Garifuna he could eventually convince the musicians of The Garifuna Collective to participate on 'Black Birds Are Dancing Over Me'. The album certainly exhibits similarities with the Paul Simon classic 'Graceland', but even so, that is far from a bad reference. An eight track version of 'Black Birds Are Dancing Over Me' was already released on the Canadian Six Shooter Records label in 2012, but for the international release on the Cumbancha label, Danny returned to Belize to record a few new songs. Very successful mix of singer-songwriter aesthetics with tropical rhythms!