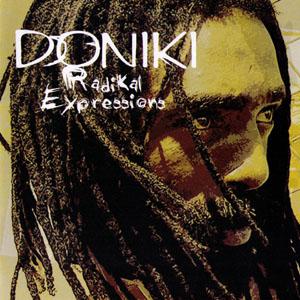 Makasound proudly introduces her youngest daughter Makafresh, a sub-label that will be focusing on fresh new talent. Doniki gets the honor to bear the brunt. This singer from the ghetto of Kingston has already been active in the Jamaican scene for many years, but never saw his efforts rewarded with an album release. In Jamaica good things come to those who wait and 'Radical Expressions' is one of our recommendations for 2006. Doniki, whose voice is a bit of a cross between Luciano's and that of Jahmali, has refrained from rehashing famous riddims and instead sings his songs over fresh original arrangements by producer Kariang. Heartwarming album and a definite two thumbs up!