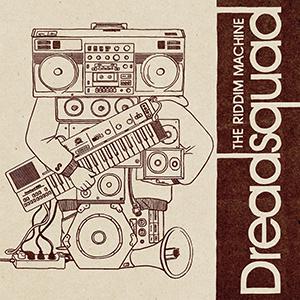 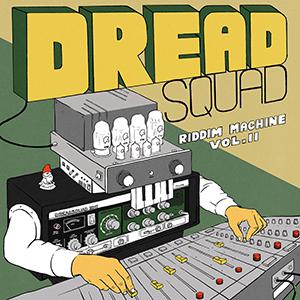 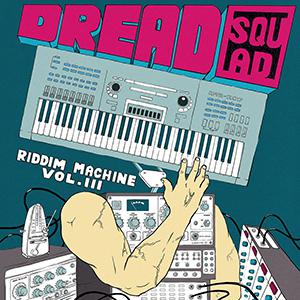 Back in 2012 producer Marek Bogdanski aka Dreadsquad, who can be considered the Polish equivalent of Dubmatix, presented the first volume in his 'The Riddim Machine' series. For that album Dreadsquad collaborated with a host of guest vocalists ranging from Jamaicans like U Brown, Ward 21, Skarra Mucci and Perfect Giddimani, over Brits like Lady Chann, El Fata, Tenor Fly and Blackout JA, to German reggae, ska and dancehall artist Dr. Ring Ding and the Polish answer to Adele and Amy Winehouse: Kasia Malenda. It resulted in a stylistically varied album going from the old school ska of opener 'Old's Cool' featuring Dr. Ring Ding, the rocksteady of 'Any Means Necessary' featuring Blackout JA and the original deejay style of U Brown in 'Hear Me Now Jah People', to the digital eighties sound of Perfect Giddimani's 'Champion's Anthem', Kenny Knots' 'Living For Tomorrow' or El Fata's 'Sweet & Nice' and the excellent new roots of 'When Jah Call' by Mr. Diamond and Fabi Geez. The most original track on that first volume was without any doubt Dreadsquad's revamp of the Polish 'To Ostatnia Niedziela' (roughly translated: "this is the last Sunday"), a Polish tango describing the final meeting of former lovers just before they break up, that was quickly nicknamed  "the suicide tango", for which Marek used the original 1936 recordings by Mieczyslaw Fogg.

Now, five years later, the two following parts in the series are also ready. In the respective track lists a lot of the same names (El Fata, Skarra Mucci, Perfect Giddimani, Ward 21, Kasia Malenda...) resurface, but on 'The Riddim Machine Vol. 2' we also discovered contributions from Monkey Jhayam Monkey, hailing from São Paulo and adding some Brazilian vibes to the mix in 'Africa', Jamaican vocalist Kojo Neatness and Bristolian Gardna in the excellent 'Rolling Thunder', the impressive soulful voice of Esser (inhabitant of Essex) Greg Blackman in 'Clean Up' (one of our absolute discoveries on 'The Riddim Machine Vol. 2'), and Russian vocalist Tenor Youthman in the excellent 'Tuff Life'.

The artwork for all albums was provided by Polish Illustrator Kasia Wilk. Excellent selection of top productions from the Polish master!