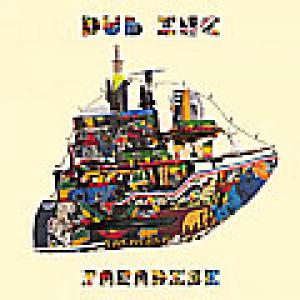 In the three years between the release of their previous album 'Hors Control' (2010) and the recording of this fifth album, Parisian formation Dub Inc played concerts on the six continents (Colombia, India, Senegal, Portugal, Germany, United States). Following that "international breakthrough" in addition to French and Kabyle (be sure to check the beautiful 'Foudagh') English is now also playing a larger role in the band's repertoire. Their slight French accent doesn't seem to faze Komlan and Bouchkour and the catchy flow between the two vocalists, in France only rivaled by Raggasonic's Big Red and Daddy Mory, assures this is in no way a disturbing element. 'Paradise' also includes a number of guest appearances (Skarra Mucci, Meta Dia, Alif Naaba), with 'Only Love' featuring an energetic Jah Mason, standing out. Dub Inc remains a trend-setter in the French reggae scene!