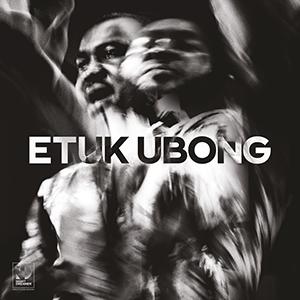 Described by Seun Kuti as: "One of the best things to come out of Lagos", trumpeter Etuk Ubong is one of Nigeria's hottest music revelations. Ubong was born in Akwa Ibom, a state in southern Nigeria, but grew up in Lagos where he started playing the trumpet age fourteen, first at the local Peter King College of Music, continuing at the Muson School of Music, also located in Lagos, and finally at the University of Cape Town in South Africa. At the age of sixteen Etuk already received an offer to play in the band of highlife pioneer and fellow trumpeter Victor Olaiya, followed by collaborations with reggae-gospel-artist Buchi and afrobeat legend Femi Kuti. With the latter Etuk repeatedly performed at the New Africa Shrine in Ikeya, undoubtedly inspiring him to open his own location, which he christened The Truth and where he now performs up to three times a week. Ubong's sound is a mix of afrobeat, highlife, jazz and the fast ritual percussion rhythms of the Efik, an ethnic minority located primarily in the south of the Cross River State (next to Akwa Ibom, Etuk's birthplace), played on so-called ekomo drums (the ekpiri ekomo or "small drum", ayara ekomo or "male drum" and the uman ekomo or "female drum") often complemented by percussion on the nkon or "bell" and nsak or "rattle". For the 6 track 'Africa Today' Etuk was invited by the English Night Dreamer label and went to record at the Dutch Artone Studio in Haarlem. Most of the songs on 'Africa Today' are solid up-tempo tracks, and, as titles like 'African Struggle' or 'Mass Corruption' already indicate, are often politically charged. But Etuk does not only criticize: in the jazzy 'Spiritual Change' he reflects on internal changes that Africans will have to implement before there can even be talk about real changes in the almost endless stream of problems that surround them. Nigerian music bomb!