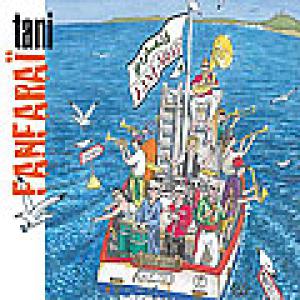 With 'Tani' ("two" or "more" in Algerian) French band Fanfaraï wants there to be no mistake this is their second album. On 'Tani' the raï brass band expresses its respect to some major figures from Algerian music history (Idir, Kadda Cherif Hadria Boutaiba Sghir, Amar Azouz), but 'Goulou L'Rim' (originally a song by Turkish composer Burhan Bayar and recorded for 'Tani' with Gypsy Orchestra Karagöz) and 'Touchia Zidane', a gem from the Arabo-Andalusian repertoire, were also given a brass band treatment. The album's cover design refers to Marseille and Oran, the two port cities which played a crucial role in the development of raï music.