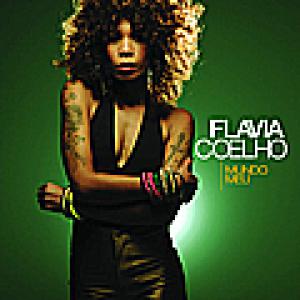 Yours truly has never cared much for football and in that light the World Cup circus in Brazil doesn't excite us at all, but does provide us with the perfect excuse to keep on showering you with Brazilian releases. Take Flavia Coelho's 'Mundo Meu' for example; as Flavia has been living in France for quite some time now, technically, maybe not quite a Brazilian album, but this is still Brazilian music at its best. With her 2012 album debut 'Bossa Muffin', Coelho proved to be one of the big surprises in world music of that year and successor 'Mundo Meu' is once again a gem of a summer album. Flavia apparently not only managed to impress yours truly, proven by the presence of artists like Patrice, Tony Allen and rapper Speech of Arrested Development, all making a contribution on 'Mundo Meu'. On the album, Flavia once again offers her catchy blend of reggae, samba and bossa nova, but on this even influences from genres like afrobeat ('People Dansa' featuring Tony Allen) and in 'Power Of The Money' even Shantel-like Balkan beats, can be heard.