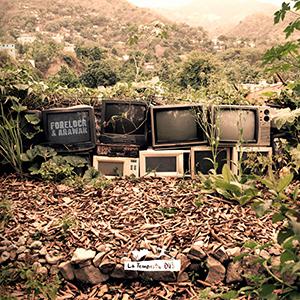 For the successor of the 2015s 'Zero', the Sardinians of Forelock & Arawak got their inspiration from the crown prince of reggae, Dennis Brown. Forelock calls Dennis Brown one of his greatest sources of inspiration and let his music serve as a guideline in compiling this album. The result is a highly infectious combination of six successful covers of classics like 'To The Foundation', 'Man Next Door' (recorded in duet with Luciano), 'Should I' or 'Prophet Rides Again', and as many new songs over the same riddims. 'To The Foundation' becomes 'Islander Taking Over', stating the Sardinian reggae heroes are ready to conquer the world, 'The Man Next Door' gets a catchy counterpart with 'No Tarry Yah', a combination tune with Micah Shemaiah inspired by Tony Tuff and Yabby You's 'Warrior No Tarry Yah', and 'Should I' rises again as 'Roots And Culture', an ode to Sardinia. Just like on the previous album, Juba Lion can also be heard on 'To The Foundation'; a last ode in the form of 'Deliverance Will Come' (over Brown's 'Home'), as in June of this year the Jamaican veteran passed away. Nice formula in which old and new constantly challenge each other!