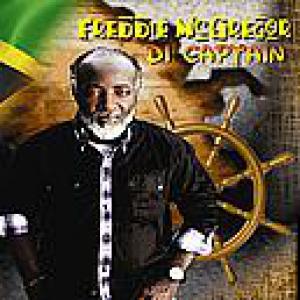 Coinciding with the 50th anniversary of Jamaican independence, Freddie McGregor celebrates his own half a century as a performer. And how better to highlight this, than with a new album? 'Di Captain' is not going to win any prizes for its album cover design, but musically speaking, the Jamaican crooner delivers once more. In great part produced by Freddie's son Stephen, 'Di Captain' is not a completely new album, but rather a collection of covers (The Beatles, Bob Marley, Dionne Warwick, The Heptones…) and reworkings of his own hits (check out 'Standing Strong', a new version of 'Bobby Bobylon' featuring Gappy Ranks). About half of the tracks on 'Di Captain' are lovers tunes, a genre Freddie still excels at and in that context it's probably not a coincidence that VP Records decided to release this album just before Valentine's Day. An album to get in the mood with your significant other!