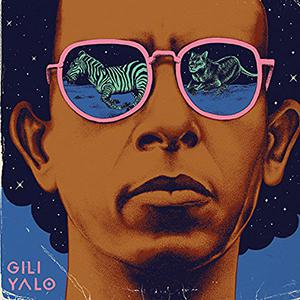 Gili Yalo is a young Beta Israel (or Ethiopian Jew) from Tel Aviv, with this self-titled album making an impressive long player debut. With his parents, Yalo was "repatriated" to Israel as part of operation Moses, on evacuation of Jews from Ethiopia during the dramatic famine in 1984, orchestrated by Israel. In addition, at the time Ethiopia was still suffering the pseudo-communist dictatorship of Mengistu Haile Mariam, so before they could be evacuated, the Beta Israel first had to undertake a perilous desert crossing to reach neighboring Sudan. During that exhaustive and emotional trip, music was Gili and his family's only comfort. Gili alternates between English and Amharic, and mixes Ethiopian rhythms with influences from pop/rock ('Africa', pop meets afrobeat and a duet with Israeli singer-songwriter KerenDun, 'City Life', 'Fire', pop meets Mulatu Astatke), soul/funk (infectious songs like 'Selam' and 'Sab Sam') and jazz (opener 'Tadese' and 'T'ebik'ew', both quite similar to the work of grandmaster Mulatu Astatke). The whole was expertly mixed by Beno Hendler and Uri Kinrot (Boom Pam, Balkan Beat Box) and the resulting album is one of the most infectious we had the pleasure discovering this year.