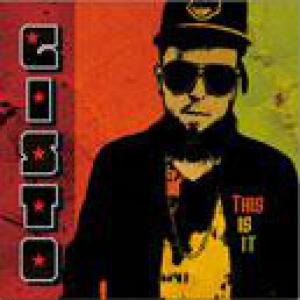 Canadian Gisto (born Brent Hongisto) loves taking risks. In 2011 Gisto, who earned his stripes with reggae/funk band Wassabi Collective, travelled to Jamaica without any preparation or contacts ending up making the first taxi driver he met listen to his music. Impressed with what he heard, the man decided to introduce Gisto to singjay and producer Dre Zee and the result of their collaboration is now featured on 'This Is It'. Certainly not all the tracks on 'This Is It' can convince (the commercial 'Lonely Empire', the hip-hop dancehall crossover of 'Riggin It'), but our final assessment remains a positive one. Recommendations from the track list are the sturdy roots tune 'Talk' and title track 'This Is It'. For closing track 'Invincible' producer Dre Zee joined Gisto behind the microphone together with Lazer Matix.