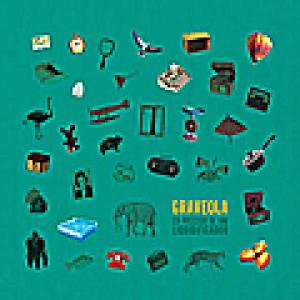 Graveola is a six-piece band from Belo Horizonte in southeastern Brazil and 'Eu Preciso Um Liquidificador' ("I need a food processor") is already their third long player. Graveola is part of a group of promising new Brazilian talent the Mais Um Discos label has been trying to draw our attention to for a while now. Graveola flirts with rock, blues and funk, but also doesn't shun influences from the Brazilian tropicalia movement of the 1970s, a sound that will appeal to more than just a world music-loving audience!