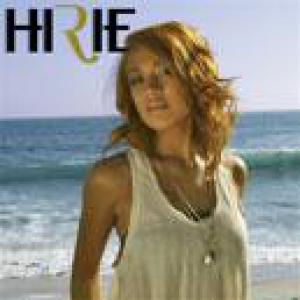 Hirie (Patricia 'Trish' Tacon) was born in the Philippines, raised in Italy and then moved to Hawaii and with her self-titled debut positions herself somewhere between Etana and Rihanna (be sure to check the infectious 'Sensi Boy', which in the remix by Maad T-Ray is pure Rihanna) with clear influences from American reggae bands like SOJA, Tribal Seeds and of course Hawaii's Natural Vibrations, thrown in for good measure. 'Hirie' is a varied album full of poppy reggae songs, but also a few acoustic tracks (with Hirie accompanying herself on ukulele) and a number of successful dub versions. Judging from this debut we predict this Hawaiian reggae princess a sunny future.