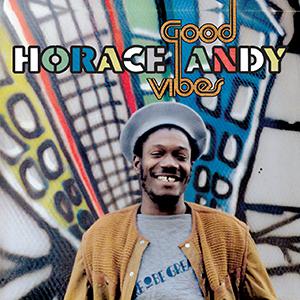 This 'Good Vibes' is, in fact, nothing more than a reissue of the 1997 Blood and Fire compilation of the same name. In the track list 10 famous hits ('Skylarking', 'Youths Of Today', 'Mr. Bassie', 'Ital Vital'...) Horace Andy recorded between 1975 and 1980 for Bunny Lee and Everton DaSilva, a Jamaican producer from New York, on 'Good Vibes' all featured as extended disco-mixes or followed by a dub version. For this re-release 17 North Parade/VP records supplemented the track list with a deejay version of 'Ital Vital' by Jah Bull, opted for different cover art and had Steve Barrow update his original liner notes. Essential Horace 'Sleepy' Andy!