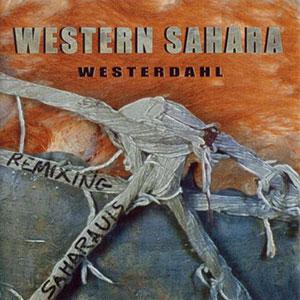 Artists like Tinariwen, Toumast and Mariem Hassan prove that the Western Sahara is hotter than ever! The ideal opportunity to give their, often traditional, music a remix treatment. Nubenegra invited Hugo Westerdahl, who already had experience in the genre composing the soundtrack for the documentary 'La Puerta Del Sáhara', to take this project on. The result is what you would call a cross pollination of musical influences from the four corners of the earth; music which at times brings to mind the ambient sounds from the soundtrack to 'The Last Temptation Of Christ' (Peter Gabriel), with influences from blues ('La Tumchu Anni Remix') and rock thrown in. The track list can roughly be divided into three categories: the real remixes, for which Westerdahl reworked existing Sahrawi songs, new compositions that he based on traditional Sahrawi melodies and lyrics and finally what he calls "ambient soundscapes", spoken word tracks featuring the voices of a number of Sahrawi poets. Eclectic desert trip!