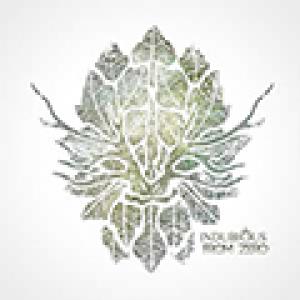 Indubious is a Portland, Oregon based band around brothers Evan 'Evton B' and Spencer 'Skipwicked' Burton, both born with the genetic disorder cystic fibrosis. The entirely self-produced 'From Zero' is already the band's third long player and, apart from the otherwise unknown Canadian singer Zahira ('Root Down'), for this project Indubious also managed to convince Vaugh Benjamin ('Don't Lose Sleep') and Sizzla ('Golden Ones') into making a vocal contribution. It resulted in three excellent combinations and the best tracks you'll find on 'From Zero'. Inspired by the adversity they had to face in their own lives, the band members and their fans head the motto: "Live indubiously!", a personal interpretation of carpe diem (or seize the day), and an encouragement to rid yourself of doubt and fear, in the firm belief we're all here for a reason. An explanation for the title of this album we found in the liner notes: "From zero is where we all started. It's where everything started. Zero holds nothing but it also holds everything. Infinite potential. The beginning and the end. Alpha and Omega. The person who is entitled to nothing is blessed by everything!". Content-wise Indubious alternates between the spiritual and the rebellious ('Golden Ones' feat. Sizzla, 'Free Up', 'Don't Lose Sleep' feat. Vaugh Benjamin, 'Sheep Of Conformity'...) as well as the mundane (the teen reggae of a love song like 'Perfect', the midweek feeling of 'Wednesday').