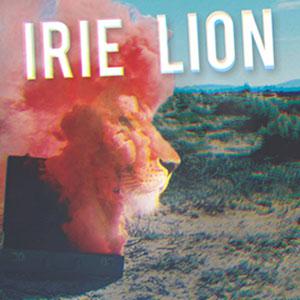 Of course many of you will know Irie Lion as the name of the Dutch reggae-calendar, a website that was launched many years ago as a one-man project by the too early departed Maddoc, but apparently it's also the name of an eight piece band from Vilvoorde that was formed about seven years ago. Front man of the band is lead vocalist Arnaud Bastin aka Babbajah, who honed his skills MC-ing for sound systems like The Roots Corner Soundsystem or 18 Inch Soundsystem. In 2015 there was already a self-titled debut EP, now followed by this 6 track 'Rock & Come In'. Opener 'Save The Children' stylistically reminded us somewhat of UK roots bands from the beginning of the nineteen eighties, the catchy title track 'Rock & Come In' is without a doubt the absolute highlight in the track list, 'Jah Never Fail' has too much of a white ska-band thing going and the same goes for 'What A World'. We could be mistaking, but we doubt whether many Belgian reggae bands have dedicated a song to Marcus Garvey, so with 'Marcus' Irie Lion definitely score points for originality, and with up-tempo closing track 'All Aboard' the Vilvoorde based band could convince us as well. Even though not all the songs on 'Rock & Come In' can convince, the EP contains enough potential to make Irie Lion a band to keep an eye on.