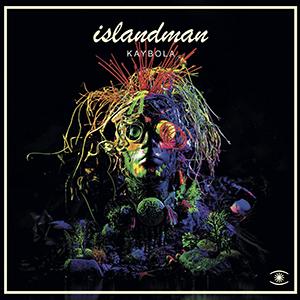 islandman is not the pseudonym of a single artist, but the name of a Turkish trio from Istanbul led by multi-instrumentalist and producer Tolga Böyük. Böyük's musical journey began at a very young age, as at seven he already took up the saz or baglama: "I think it's the signature sound of these lands. When I want to add a melody, I always refer back to saz, even if I'm playing synth or electric guitar". Together with percussionist Eralp Güven and guitarist Erdem Başer, Böyük produces a sound for which the threesome on the one hand drew inspiration from the work of American singer-songwriter eden ahbez, considered to be one of the founders of the exotica genre, Turkish drum and percussion veterans like Can Kozlu or Okay Temiz and their successors (BaBa ZuLa), but also incorporating influences from hip-hop, afrobeat, classical Indian music, Balearic beat, dub and more. For 'Kaybola', loosely translated: "to get lost to find a new way", the trio even went a step further, as in the 14 tracks, which can be listened to as one elongated soundscape, this time they also incorporated the minimalism of American composer Steve Reich, Tuvian throat singing ('Shu!'), Bulgarian polyphonic vocals (opener 'Dimitro'), Anatolian wind arrangements ('Sahara'), gnawa ('Marakech') and, thanks to a collaboration with Brazilian-Danish band Copenema and Ibiza veteran DJ Pippi, some Brazilian vibes in 'Sem Você'. In the company of Troels Hammer, Langkilde and Perfect Plush we head to India with 'Rama', and together with The Swan & The Lake, Langkilde also appears in 'Lumiere', for a dash of French electro-house. Fascinating Turkish kaleidoscope!