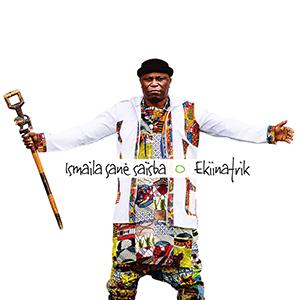 Ismaila Sané Saïsba is a Senegalese percussionist, vocalist, dancer and choreographer from Coubalan, a small village in the southern Casamance region of the country, who began his career with traditional dance companies like Les Ballets Bougarabou, Les Ballets Africains and Ballet Mansour Gueye. In the 1980s and 1990s, together with the second ensemble of Ballets Mansour Gueye, Sané moved to Tenerife, where he would later run into Finnish saxophonist Sakari Kukko, who soon invited Ismaila to join his band Piirpanke. Sané initially stayed in Spain, but after meeting his future wife, Finnish kantele player Outi Nieminen, decided to relocate to Finland in 1999.

Ismaila stayed active with Piirpanke for many years, also collaborate with Sakari Kukko in Humbalax, a project where Finnish songs were given a Senegalese mbalax makeover, and together with his wife formed the duo Senfi, once again mixing Finnish and Senegalese music traditions. The duo became a fixture in the Finnish music and television landscape after in the early 2000s they appeared in the Finnish children's program 'Pikku Kakkonen', where they hosted their own multicultural show 'Amin Kanssa' ("together with Ami").

With 'Ñamandu', Ismaila already released a first solo album in 1999, distributed by the Spanish Azel Producciones, now followed by this 'Ekiinafrik' ("sheltering Africa") on which Sané mainly shows himself to be a socially engaged artist with songs in which he calls for unity ('Namara'), questions why we allow our lives to be dominated by technology ('Emasinay', "the machine"), raises the issue of the refugee crisis ('Rewum Nasaran', Wolof for "the land of whites", in which he wonders how it is possible that Africans who used to be forced and taken away in chains now want to reach that same false paradise at all costs themselves) and notes that Africa is like a house without a roof from which both human potential and soil resources flow.

The mix of musical influences on 'Ekiinafrik' is almost as varied as the brightly colored suit Ismaila is wearing on the cover photo of the album. At the base are of course the mbalax and sabar rhythms from his homeland Senegal, but this album just as well contains influences from hip-hop ('Mbedammi'), dancehall/reggae ('Namora', 'Emasinay'), jazz (the jazzy wind arrangements in songs like opener 'Jambadong', 'Bugarabu'), folk (Tuuli Suominen's violin in 'Bugarabu'), and in 'Dunyaay' even some joik, the traditional music of the Sami and one of the oldest musical forms in Europe.

All of this of course calls for a nice guest list! Ismaila turned 'Xandor' into a family party by involving his four children, Mansali, Aminata, Lamine Sire and Alabatou (the first one rapping in Spanish, because a son from Ismaila's first marriage when he was still living in Spain), for title track 'Ekiinafrik', a song drenched in Indian influences, he invited Indian singer Peali Mitri and Senegalese rapper Kauka (the latter also appears in 'Mbedammi'), and in 'Dunyay' some Finnish can be heard thanks to the contribution of a certain Hannibal.