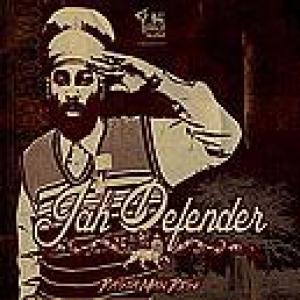 Jah Defender, born Ricardo Mills and in the beginning of his carrier shortly known as Jah Fyah, is a young talent from Trinidad. For 'Rastaman Rise' he joined forces with French 7 Seals Records who already delivered us Tiwony's 'Difé Lyrical' album (Tywoni himself showing up for the clincher 'Give Thanks'). Yours truly could have done without 'Jah Es Mi Amor', a song with a Spanish chorus, but apart from that, 'Rastaman Rise' is beyond reproach, although the tracks on the album lack the required hit potential to stay afloat in the sea of releases we've seen over the last few weeks and months. To keep an eye on anyway!