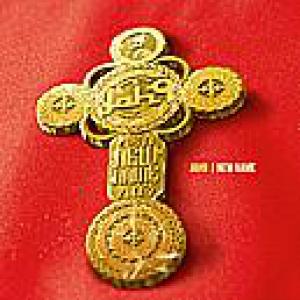 Goose bumps, it's a sensation a seasoned album critic doesn't often experience anymore, but 'New Name', the title track of the eponymous album by Jah9 absolutely did the trick. 'New Name' is as strong a Rastafarian anthem as they come, in which Jah9 (born Janine Cunningham) both lyrically and musically (that horn section!) manages to convince. Of that song an excellent instrumental melodica version by Addis Pablo (son of Augustus Pablo) is also available. Those who love music with some content will certainly appreciate Jah9 (yours truly can't even remember the last time listening to an album this enthralled). Jah9 only invited two guests on 'New Name': Protoje, who introduced Jah9 to a wider audience by featuring her on his debut album '7 Year Itch', here assisting her in the beautiful 'Legitimate', and The Congos falsetto Cedric Myton, making an appearance on 'Taken', an excellent ode to ganja. Jah9 predominantly opted for original riddims played by a number of excellent musicians (Kirk Bennett, Franklyn 'Bubbler' Waul, Nambo Robinson, Rashan 'Black Kush' McAnuff, Rory Stone Love, Dean Fraser, Addis Pablo, Stephen 'Cat' Coore), but for the riddim fanatics among you there's 'Preacher Man', a track over a reworking of the classic Rockfort Rock riddim. 'New Name' is a stunner of an album from beginning to end and that both in terms of content (on which album can you still hear large excerpts from the speeches of Haile Selassie I?) as well as musically, and will definitely end up in our top three for 2013. Absolutely impressive debut effort!