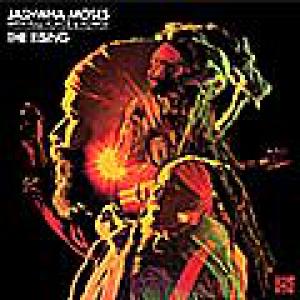 For this new album, a mix of studio and live recordings, Bristolian reggae bard Jashwha Moses assembled his own backing band: Full Force and Power. Opener 'What A Situation', also one of our favorites from the track list, is instantly recognizable, as for the song Moses recycled the riddim of the Culture-classic 'Natty Never Get Weary' (elsewhere on 'The Rising', 'Bad Situation', a remix version of the same song, can also be found). The falsetto voice in 'Crazy' is reminiscent of the work of Junior Murvin, even though we could have done without the slight Auto-Tune-effect (also rearing its ugly head elsewhere on the album). The eighties dancehall vibe of 'Rise Up' wasn't really our cup of tea, but 'People Of Power', with a chorus clearly inspired by Bob Marley's 'Exodus', is another top track, and the nyahbinghi-influenced 'Do Not Weep (A Meditation)' is another song where Jashwha recycles Marley, this time part of the melody line from 'Rebel Music (3 O'Clock Road Block)'. 'The Rising' concludes with 'Jah Time Has Come' and 'Power Crazy People/Stop The War', live versions of songs from Jashwha's previous release 'No War On Earth'. Solid release for lovers of classic roots.