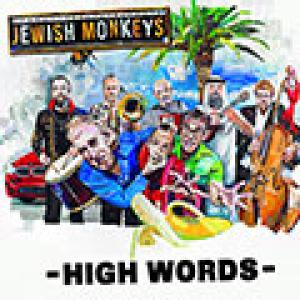 Israeli band Jewish Monkeys prefer to describe their sound as: "Yiddisch music meets The Marx Brothers!". In their satirical blend of klezmer, punk and rock, instead of making jokes at the expense of others, they follow in the footsteps of Jewish comedians who mastered the fine art of self-effacing humor. The band's name, which in some Arab countries is considered to be one of the most abusive terms to sling at a Jew, is in the same vein: "We can do that as Jews! It's always been our right to dare to be politically incorrect and mock our own Jewishness. But in the end, we are looking for what unites us rather than what divides us.". The story behind Jewish Monkeys started with Jossi Reich and Ronni Boiko, childhood friends who originally met each other at the boys choir of the Westend Synagogue in Frankfurt, but have been living in Israel for over thirty years now. Together with Gael Zaidner (vocals) and Ran Bagno (accordion, keyboards) they started to give shape to their musical ideas and that already resulted in 'Mania Regressia', their 2014 long player debut. To be able to recreate that same vibe live as well, other musicians were enlisted (Henry Vered - drums, Yoii Baum - bass, Omer Hershman - guitar, Moran Baron - trombone) growing Jewish Monkeys into an eight piece combo. The title track of this new album is an indictment of the establishment that is trying to appease the people with the kind of demagoguery we can still remember from the last world war, instead of focusing on real problems like inequality and ecology. But the fact they also have a lighter side, the band proves with 'Alte Kacker' (loosely translated: "old fart"), a cynical song about the ungracefulness of old age. Anarcho-klezmer with a wink!