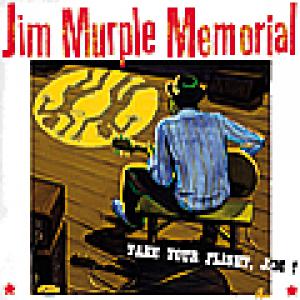 'Take Your Flight, Jim!' is already French band Jim Murple Memorial's ninth full album and with that knowledge, it's rather surprising they aren't really known outside of France yet. The music of this Montreuil (a suburb of Paris) based band - a mix of calypso, ska, rocksteady and rhythm & blues - is pretty catchy and seems to stem from a bygone age. Forced to choose a song from the track list we would pick 'Special For Gunners': Ennio Morricone ('Farewell To Cheyenne' from the soundtrack of 'Once Upon A Time In The West') meets Drum Song! Party album!