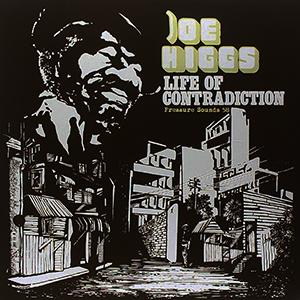 Most reggae fans will probably know Joe Higgs as being the mentor of the late Bob Marley, but his music is far less known, so Pressure Sounds' idea to re-release 'Life Of Contradiction' gets yours truly's full support. The album was originally recorded for Chris Blackwell's Island label in 1972, but because of a conflict over royalties it eventually appeared on the small Micron label three years later. 'Life Of Contradiction' is a slow and soulful album that will surely be appreciated by true roots fanatics. As a bonus Pressure Sounds added two tracks which were not on the original album: 'Let Us Do Something', originally released on Joe's own Elevation label and 'Freedom Journey'.