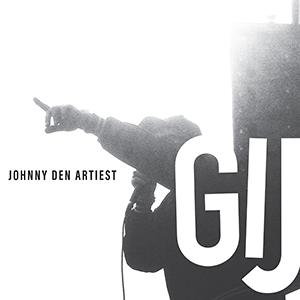 Had it been up to English author J.R.R. Tolkien, this new Johnny den Artiest EP would probably have been called 'The Return Of The King', but in King Johnny's universe that simply becomes 'Gij' ("you"). For this successor of 2015s 'Hartenkoning', Johnny chose a completely different musical approach. No more revamped classic riddims, but 4 new compositions developed in collaboration with Asham Band. In addition, this time the king also opted for the showcase format, meaning every vocal cut is followed by a Crucial Alphonso dub mix. However, as far as content is concerned, Johnny's success formula hasn't been tampered with too much, so on 'Gij' we once again served four songs of Dutch reggae between a smile and a tear. Earlier this year 'Gevonden' ("found"), a first single, was already released, but our personal favorites from the track list are closing track 'Gepikt' ("stolen"), in which Johnny in his own way deals with the toll of "fame", and 'Goe' ("great"), hilarious but at the same time a moral boost for whoever is having a rough day. As Johnny puts it himself: "Forget A- and B-sides, here's the G-side!"