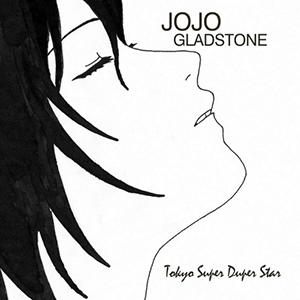 Studying Japanese and an avid fan of enka, a form of sentimental ballad music developed in the postwar era stylistically comparable to American country music or Portuguese fado, immediately explaining the title of this new album, Dutch artist JoJo Gladstone proves to have a passion for Japanese culture as well as reggae. As a cover image for the album, JoJo used an adaptation of an anime work by Dutch artist Jeroen Blok, and in the album credits, in addition to his great reggae idol Gladstone 'Gladdy' Anderson, he also thanks Japanese actor and singer Mitamura Kunihiko. Until there the link with Japan, as musically, on 'Tokyo Super Duper Star', JoJo mainly opted for love and breakup tunes as illustrated by opener 'Not The Lucky One', 'Woman In Your Life', 'Hot Water', 'Please Don't Stop' or even 'Love Boat', at times vocally reminiscent of a young Morrissey at the time he was still fronting The Smiths (title track 'Tokyo Super Duper Star' and especially CD-bonus track 'One Angel Short'). Exceptions in the track list are 'Money', about the excessive importance of money in our consumer society, 'Rocks & Mountains', and the anti-violence statement 'Acts Of Agression'. In 'Let The Music Do The Talking', of which an extended version with a dub outro can also be found in the track list, JoJo expresses his unconditional love for music. The lyrics of that last song sound a bit pity ditty ("Let the music do the talking, because when music hits, you feel no pain. Doesn't matter if its thunder or rain, it's all about that sweet refrain..."), but somehow JoJo gets away with it. A very enjoyable successor to JoJo's 2018 untitled debut album!