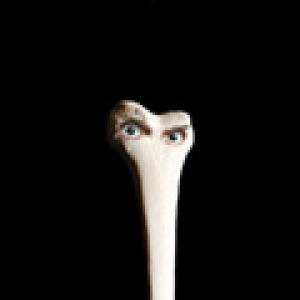 Bit of a borderline case this 'Halo' by Argentine singer-songwriter Juana Molina, because more than tropical "world music" this is in fact South-American indie pop with a bit of an experimental edge. The album's title holds quite a story. The cover photo of 'Halo', recorded between her own home studio in Buenos Aires and the Sonic Ranch Studio in Texas, shows the singer's eyes are looking at you from inside a human bone. Bones symbolize the past and the ephemeral, and in old folk stories buried bones were often also held responsible for the so-called luz mala ("evil light"), also known as a will-o'-the-wisp: floating luminous entities, sometimes playful, at other times malicious, that were often sighted in marshes or in the vicinity of cemeteries. Whatever the case, will-o'-the-wisps are definitely mysterious, as is true for Juana Molina's music, on this, her seventh long player.