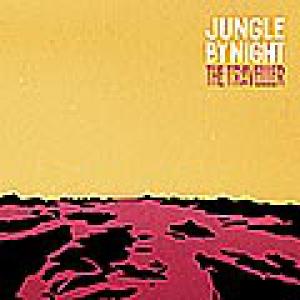 When we got to know Jungle By Night at the time of their 2012 debut release 'Hidden', the youngsters were still mostly exploring the treasures of afrobeat and Ethio-jazz. In the meantime the Dutchmen have extended their musical horizon quite a bit. In part this is due to lasting impressions from their trips to countries like Turkey and Japan, but also from listening to the works of artists like minimalist Philip Glass and Turkish singer Baris Manco. 'The Traveller' therefore seems a more than appropriate title for this new album. One instrument that was given a more prominent role is Pyke Pasman's synthesizer; just listen to opener 'Kingfisher' or the crazy 'Extortion', a song for which Jungle By Night seem to have remixed the soundtrack of one of the numerous arcade games from the nineteen eighties. 'The Traveller' sounds even more eclectic than its predecessors and may therefore appeal less to amateurs of "world music", but a band that's programmed on jazz, dance as well as rock festivals, probably couldn't care less.